A VISIT TO UGANDA AND DOCTOR BANK HOSPITALS.

I first visited Uganda in 1990 when I stayed at Buluba Hospital, which was then a leprosy centre, to study and work with a couple of my ex-students from Cardiff University Medical School Dermatology Department. Since then I have visited Uganda on several occasions, the last being January 2017, on a self-funded basis with my daughter, Melanie and daughter-in-law, Gill, who are both nurses.  We did a similar trip 21 years ago.

When I first went to Uganda the place was a mess following the overthrow of Idi Amin.   AIDS was a major problem and coffin making was an expanding industry. The roads were very poor. 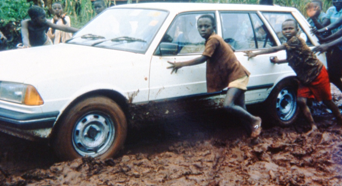 This time the roads are good and Buluba Hospital is now a Mission General Hospital.

We stayed initially in Entebbe where Gill and Melanie had a meeting in the Cancer Hospital of Uganda. Gill is the lead cancer nurse for Wales and a meeting was set up with the local cancer nurses to discuss the protocols for chemotherapy treatment. Since their visit Gill has been in contact with the Ugandan team concerning management protocols, by Facetime on a weekly basis. One interesting fact is that Wales has 14 radiotherapy machines while Uganda with a much larger population has one and it has been out of action for over a year.

We moved on to Jinja which is on Lake Victoria and the source of the Nile. Buluba hospital is nearby and Doctor Bank volunteers regularly work there. 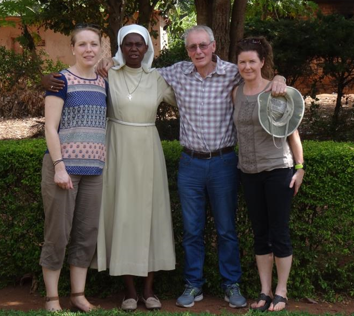 I was able to discuss the visits of our volunteers with the management and inspect their living conditions etc. Buluba occupies a large plot of land on the banks of Lake Victoria and is set in beautiful countryside. A school was set up 30 years ago for the children of long stay leprosy patients. It grew and land was provided by the hospital. Now it is a government school for 2800 children from the surrounding villages. Over the years I have become friendly with the headmaster, Moses, and my Rotary Club, Cardiff St. Davids, has funded several projects for the school including textbooks and large water collection butts for rainwater. We brought a lot of things with us for the school including football kits, books and writing equipment. The Government provide the school with less than £1 per term for each pupil. They may be poor but they are very happy and Moses the headmaster is grateful for any help we can give.

Later we visited Kamuli Hospital which is another centre where our doctors work. In addition Dr Jim McWhirter, who is one of our earlier volunteers but now retired, has raised funds including a Rotary Global grant to rebuild a surgical ward and operating theatre. The two were separated by an open grassy path and now we have a covered walkway connecting them. Dr Jim has also arranged , with the expertise of Dr Rogers who is a colleague, for computers to be installed in 20 of our Mission hospitals. These have already paid for themselves by saving money.

We visited several other hospitals on behalf of Rotary Doctor Bank and I must mention Kitovu hospital and Sister Maura Lynch who was a guest speaker at our District Conference a few years ago. She is a nun and a surgeon who has operated on thousands of ladies with vesico vaginal fistulae in her 50 years of working in Africa. Her hospital is the only Mission Hospital in Uganda with a Blood Bank. Malaria is very common in Uganda and infants with it may become severely anaemic and require urgent transfusion.

In the last few years Doctor Bank, with Dr Jim, have arranged for Bristol Medical School to send medical students every summer to Kitovu and nearby Villa Maria hospital for training. The benefit to Doctor Bank is that some recently qualified doctors from Bristol are now volunteering for RDB.

Finally at the end of our hospital and school visits the girls and I drove up to Murchison Falls Game Reserve, in the north of Uganda,  an 8 hour drive  from Kitovu Hospital.  The lodge is beautiful, on the Nile river, and the Reserve has lots of elephants, hippos, giraffe, crocodiles, water buffalo and lions etc as well as a wonderful selection of birds. 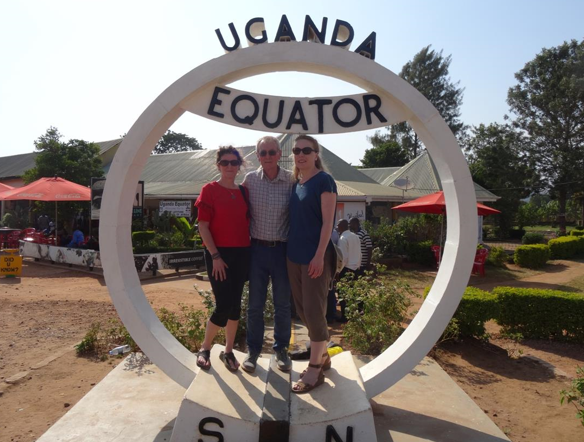 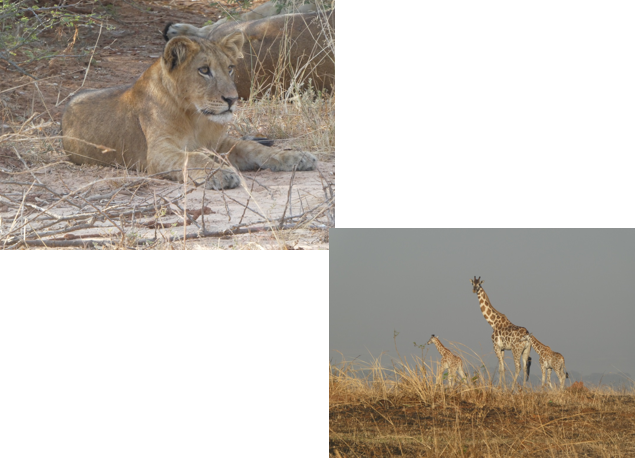